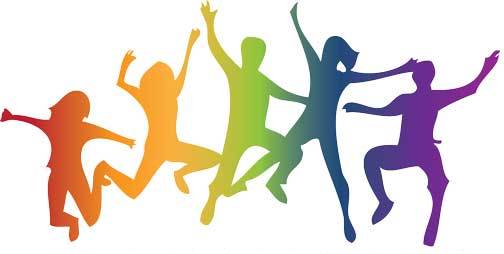 Everyone loves a good event. Ok, maybe I’m generalizing a bit, but I sure do. And with all of the many events that happen around us, it’s easy to wonder what an event has to offer and if it’s worth our while. Well, we’ve been keeping our eye out and have compiled a list of our top five downtown events since the summer began! We’re impressed with the variety of events downtowns and main streets are offering! So without further ado, let’s jump right in.

We’ve all heard of Comic Con (the convention for comic book lovers), but organizers have gone one step further and now host a Dragon Con. Even though it’s been in existence since 1987, this year was its highest attended convention. Over 70,000 earthlings swarmed to Downtown Atlanta to partake in all of the action. Like Comic Con, stars from television joined in as well. John Barrowman (Doctor Who, Arrow) and Stephen Amell (Arrow) were some celebrities that made an appearance. Needless to say, I think I’ll be making a trip to ATL next year…because why not? Take a look at the five craziest things that happened at this year’s Dragon Con!

Know what these bands all have in common…besides, you know, being bands? They all have some origin in the state of Utah! In an attempt to revitalize Downtown Provo and bring the music scene back to the forefront, local community members created the Rooftop Concert Series in the summer of 2010. Hosted on a rooftop (duh!), bands across the state and now throughout the country perform for thousands of fans on the first Friday of months May through September. Kaskade closed out this season with a great concert and which set up a great expectation for an awesome 2016 season!

Greek food is my guilty pleasure so you can say I was a little bit excited about a festival completely devoted to it. Hosted in Mobile, AL, this annual festival celebrates the ancestry of Greece and gives patrons a chance to experience authentic Greek culture. Fifty-three years strong, this has become a southern Alabama tradition for schools, families and visitors alike. My favorite aspect of the event is the fact that you can take order food to-go or for delivery! For those of us who can’t always attend the entire duration of an event, this is a great alternative to keep people involved!

This one’s for our fitness fanatics. There’s not much better than exercising outdoors in the fresh air. Add your family to the mix and you have a fun-filled night. This August, Menlo Park held a family fitness night featuring over 30 fitness businesses, social groups and nonprofits. This served as a chance for its 800 attendees of all ages, skill level, and interests to come together to get and stay healthy! With their slogan “Eat, Play, Live”, I love that this city is encouraging families spend time together and improve their physical, social, and emotional wellbeing!

Movies are always a go-to source of entertainment. But a movie in the park? Even better. Every Friday from June-August, Downtown Los Angeles features a classic film on a 20-foot inflatable screen in Pershing Square. Not only that, it partners with other events around town such a Food Truck Friday and the park’s Art Square Gallery to create a more inclusive event! With dogs welcome and it focusing on family-friendly entertainment, it’s no wonder this event is a hit!

Look at all of these awesome events that downtowns across the nation are providing for its visitors! These are some great inspiration for what you could do in your area. Maybe you can adapt an event you saw here to fit your organization’s needs and capabilities. Or maybe you already had an idea in mind and this will give you the motivation and confidence to do it. Regardless, events are a great way to entice visitors to come explore your area. Once they are able to experience all you have to offer, they’ll want to come back time and again (and bring others with them)!