All Business Owners are Not Created Equal! 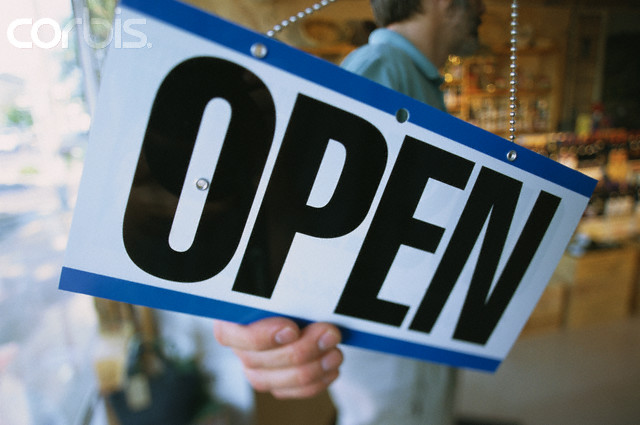 A bit ago, we posted about the six most common types of donors. Super insightful and eye opening, but that got me thinking…what about business owners? I begin rattling off the business owners I knew in my head and realized that they all have different motivations behind why they started their own business and furthermore, what they want and need from/for their business. I wish it wasn’t as much of an “aha” moment as it was, but I digress. When managing a downtown or main street, where the likelihood of having small businesses is high, it’s essential to understand why people are in business in order to best serve them! As a group, we already know that they are risk-takers and leaders by nature, so what makes them unique from each other? Here are the eight most common types of business owners!

The Niche Master – Why is he the master? Because he sees an opportunity, an underserved market, a niche in need, and capitalizes on it. Not only that, he believes he can beat bigger companies by doing it better. Studies have revealed that this type of business owner tends to be male and tends to have believed that they would have always owned a business someday. Though these business owners may not necessarily be in it for the money, as the niches they serve can be small, adequately satisfying its customer base is a big sign of success!

Does the name Steve Jobs ring a bell for anyone? After he invented the (illegal) Bluebox, meant to make long-distance calls free, with his partner Steve Wozniak, he realized he could beat big bigger companies such as Microsoft, and did just that all by the age of 30 with the founding (and products) of Apple!

The Encore Performer- These team players are entering the second-phase of their career and are willing and excited to take the risk of becoming their own business owners. Typically these men and women are financially stable and may be doing this for a new challenge! Educated, experienced, better skilled and more mature, these business owners have a great chance at success because of their increased network size, ability to adapt/deal with failure and have other things to fall back on (thus making them more steadfast).

Steve Jobs also becomes the Encore Performer multiple times throughout his life. After dropping out of college, he founds Apple at the age of 21. When he is fired by the CEO he personally hires at 30, he founds NeXT Computer and Pixar Animation Studios. When Jobs returned to Apple in 1996, he not only regained his position as visionary he became a fantastic businessman as well.

The Natural Born Entrepreneur – This type was born to own his or her own business. They “enjoy choosing their own paths and are very passionate about their life’s work”. They probably had successful lemonade stands as children, washed windows or mowed lawns consistently as teenagers, and even dabbled with multiple companies while in college! Don’t be surprised if these business owners are still young. The idea of working for anyone else is absurd to them and no amount of less-than-successful businesses will stop their dream of owning their own. They are great communicators, know how to network well, and excited to learn and grow their skills.

The Family (Wo)Man – The business has been in the family for generations and this owner is a continuation of that tradition. No better way to put it than, “It’s a family affair!” Though their small business owner status may not have been something that they strived to acquire, they inherited it none the less and have found value and positively identify with it. They enjoy representing their family and take great pride in ensuring the family business finds success.

I can’t help but think that this is the perfect description of everyone’s favorite Greek family: The Portokalos from the comedy film, My Big Fat Greek Wedding! If they don’t fit this description, I’m not sure who does!

The Boss-less Dreamer – Alright, let’s all be honest and  admit that we’ve daydreamed about the day when we could be bossless. Well these business owners make their dreams a reality. Encouraged by the idea of working for themselves, these owners leave their corporate, for-profit, or doing-this-to-get-by jobs to become their own bosses, set their own flexible hours, etc. Maybe their company is one they opened on the side, and it has now generated enough traffic/revenue/recognition to justify dedicating their full time and attention to it. Or maybe they were even working for their mentor, as an apprentice, and have decided to branch out on their own. Regardless, it is a priority for these owners to be their own bosses and they’re willing to risk it all to do it! Photographers and artists come to mind. They have the freedom to choose when and where they work, who they work for, set their own pace, and can adjust their life accordingly!

The Old-Fashioned Stickler – These type of business owners is one of my personal favorites. The Old-Fashioned Stickler is usually in his/her elderly years, and has owned the business for ages. They keep minimal employees on staff and may even only accept cash (because who needs an accountant or wants to deal with the credit card service fees?). They are stuck in their ways, aren’t a huge fan of technology, and like things just the way that they are. They have the best stories and amaze you with accounts of what life “back then” was like.

The All-In Lover – Last but not least, this business owner opens their business because they are passionate about what they do and want to share it with others. Afterall, don’t we all have a little bit of that in us all? The money, the freedom, the flexibility is all inconsequential. They might not be an expert in business structures or accounting, but they are willing to build the right team, or educate themselves sufficiently to open a successful business? Why? Because bringing joy to people and sharing their passion with others is worth it.

Obviously, it’s not simply as cut and dry as seven types of business owners. The owners in your area might embody one, none, or multiple of these descriptions. Regardless, its most important that you understand you business owners so that you know how best to appeal to and work with them!

Do you have another owner description that I didn’t mention? Drop us a comment down below and tell us about! We’d love to hear about your experiences! Have a Happy Thanksgiving!