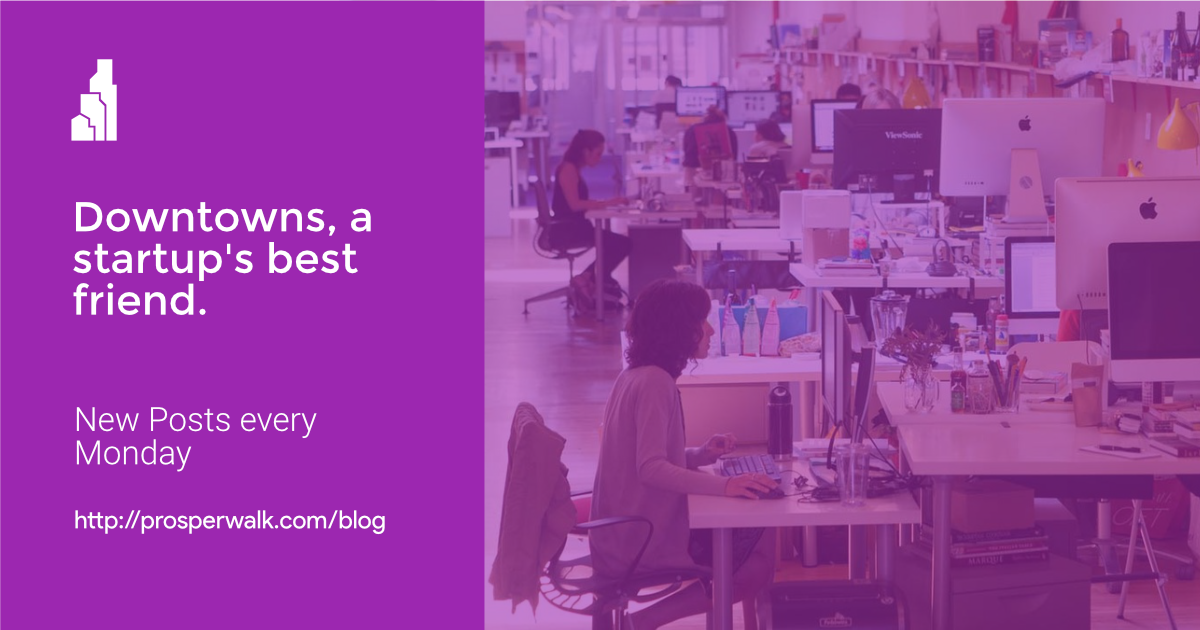 Many downtown communities are undergoing a major rejuvenation campaign. Restoring historic buildings, improving public transit, bringing big retail stores, and creating a culture that allows for the flow of great ideas. This is what has pushed brand new startup businesses to begin in these fantastic downtown areas.

Startups are also drawn to downtown due to the wide diversity of talent within these areas. It also facilitates the travel for their employees with easier access to public transit or being within walking distance. A great example of this is the Downtown area of Los Angeles just east of the 405 highway. This area has given birth to many companies like Daily Look and Nasty Gal. Not only that but it has also attracted larger companies like NationBuilder, a community organizing software platform that launched in 2011 and has grown to more than 160 employees.

This area of Los Angeles which used to be a “No-Go Zone” for many startups are now flocking to set up their space there. This shows that now more than ever. Downtowns are the center of new innovative businesses that will bring high paying jobs to the great people of your Downtown.